In Australia, dry-ridge, above-sheathing solutions like RapidRidge are seen as a new innovation that most of the country is not experienced with. As a result, many folks feel these systems are inferior to the traditional wet-ridge mortar and pointing methods that dominate the market.

As a country that is far behind the adoption speeds we have seen in places like America and Europe which have been using mechanically fixed ridge systems like RapidRidge for generations, it is easy to misunderstand their potential and long history of reliability and performance.

In this article, we are going to answer three of the most common objections or concerns that we hear from prospects that are interested in our dry-ridge, above-sheathing ventilation solution, RapidRidge. Hopefully, by the end, you will have a renewed understanding of what RapidRidge is all about, and how it can transform Australia for the better.

For those in the tropics of Australia, a common concern about above-sheathing ventilation like RapidRidge is that it won’t stand a chance against the extreme wind and rain experienced in storms or cyclones. The good news is, this is simply not the case.

In regions such as these, the government advises that all roofs be mechanically fixed so that they can withstand the risk of the powerful winds in the area.

For those living in high-risk areas, the mortar and point wet ridge solutions used on most houses in Australia are not sufficient enough to withstand the forces created by the harsh winds in the area, and thus must be mechanically fixed by driving a bolt through the tiles into the support beams.

If these houses were built with a dry ridge, above-sheathing ventilation system like RapidRidge, they would not need to be modified to meet the safety standards because they are designed with mechanical fixing capable of withstanding extreme winds.

2 – Vermin or Debris Will Clog or Get In The Vents 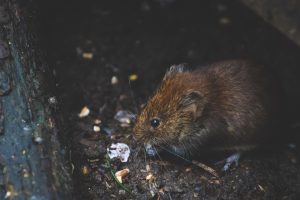 And dust, dirt, grime? Yes, it will get into your roof space, but it won’t build up in the vents and block the airflow over time. We have tested this and found that the airflow in the vents is too strong for any debris to stay put and any dirt or dust gets blown through into the catchment area of the roof space.

Again, if either of these were a serious issue, above-sheathing ventilation systems like RapidRidge wouldn’t be used on the majority of homes in the US, UK, EU, etc.

3 – Above-Sheathing Ventilation is Only Good During Hot Weather 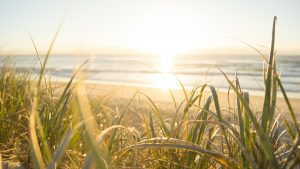 This is another common misunderstanding that is false. While adding above-sheathing ventilation to your roof in summer will drastically reduce the heat in your home and the money you spend on cooling, that’s not all it is good for.

In winter months, above-sheathing helps you to maintain a flow of fresh air into your house, which does great things for your health. Beyond clean air, above-sheathing ventilation helps you to reduce trapped moisture in your roof, which over time can cause damage to your property and a build-up of mould that is a health risk to the occupants.

Whether you are a tradie, architect, or government regulator, understanding the potential of RapidRidge is essential. By using energy-efficient products like RapidRidge, we can reduce the carbon footprint of all Australians, ensuring a brighter future for tomorrow.