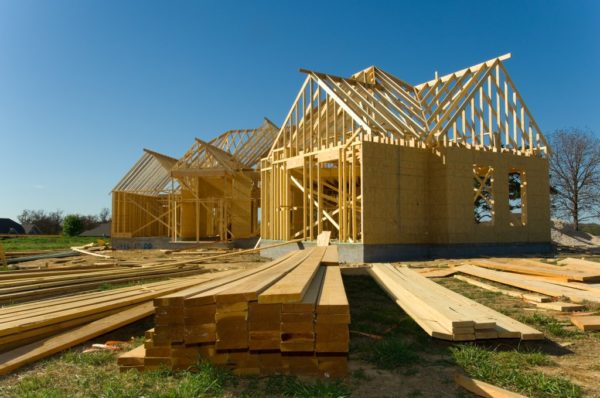 With the safety blanket of the mining boom still hanging out to dry, the construction industry has done well to help support the Australian economy. But, has it done too much too soon, creating a surplus of dwellings for people who just don’t need them.

Australia geared up for a construction boom

Rewind 12 months, and we were amongst the decline of the mining industry…but wait, we were kept warm and fuzzy by news of the construction industry gearing up. A creation of new jobs, an injection of money into the economy, and interest rates remaining low to encourage people to purchase their own homes were at least on the surface, promising signs.

FY15 saw apartments and housing being built at a rapid rate, which was largely based on industry forecasted immigration numbers and people looking for new homes. One builder-ex farmer even declared, “my potatoes are sprouting this year”.

Fast forward back to the present day. In reflection, has the construction industry boom been all it’s cracked up to be?

One factor that has been examined over the past year is; does Australia really suffer from a shortage of housing? When we look at supply and demand over the past twenty years, Australia has been supplying 1 new dwelling per 1.6 extra people. Contrasted with an average dwelling size of 2.6 people, who is going to fill this disparity between the supply and demand for new dwellings?

It won’t be migrants from other countries. A drop in immigration has caused a short fall in demand for 30,000 of these new dwellings, according to Morgan Stanley. The estimated short fall of actual immigration vs forecasted immigration numbers is staggering at 22% for this financial year. Of particular worry is WA, where net overseas migration to this state has dropped by 71%, and locals leaving WA in search of a new life in QLD and VIC has also increased.

An increased chance of recession, and a slowing construction industry

Australia is currently at the peak of the housing cycle. Over the next 6-12 months, the HIA predict that new dwelling starts will fall by 7.75% (19% decrease in WA), whilst the renovations market will grow by a modest 4.4%.

This slow-down has come at a particularly poor time for Australia’s economy. A falling GDP (currently being bolstered mainly by the Governments defence spending), a weakening Australian dollar, and the continual mining slow down, are putting considerable pressure on Australia’s policy makers.

Commentators are largely in agreement that Australia may have been building homes for people that just don’t exist, something that is becoming evident by a consistent drop in auction clearance rates (less homes are being sold because there are more homes being auctioned, and less people buying them). Whilst it has helped prop up the economy this financial year, an oversupply of new dwellings could be the start of a downward spiral on house prices

Many will be hoping that Australia’s diverse economy will continue to pull us through these hard times.

Previous Post Alternatives to Lead Flashing – Lead Free is Safer & Quicker. Next Post How building codes are like your mum and dad: occasionally overbearing but with excellent intentions