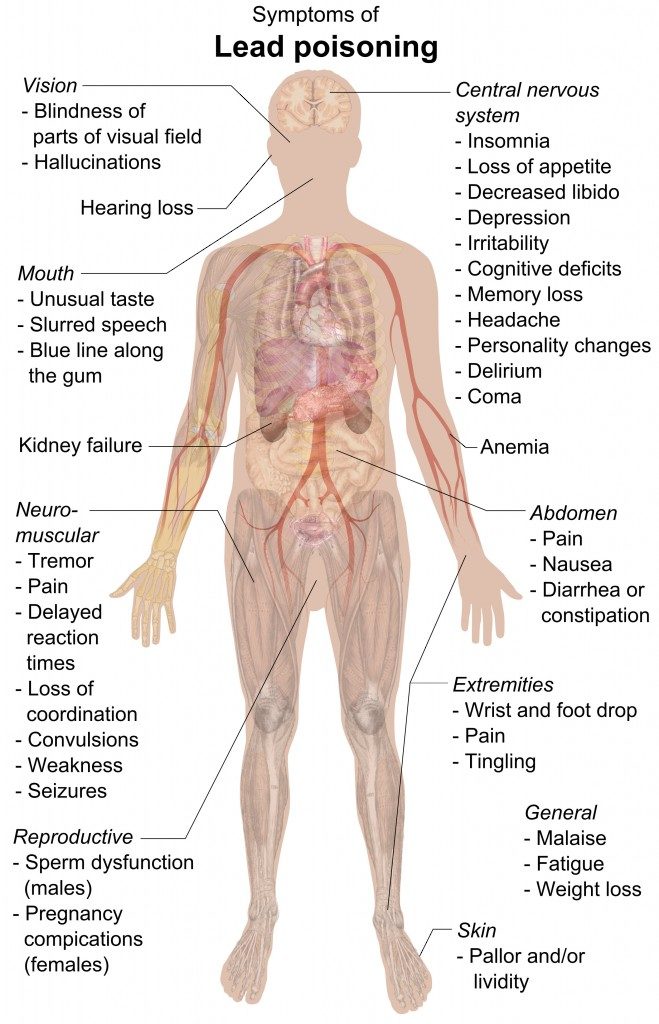 Lead poisoning around the home

Lead can be commonly found around the house. However, it can be a hazard if the body is exposed to it by swallowing or inhaling fumes or dust.

Sources of lead poisoning around the home

The symptoms of acute lead poisoning (a high level at one time) include:

Chronic (long-term or ongoing) exposure to lower levels of lead may produce symptoms such as:

A blood test can be used to diagnose lead poisoning. The national goal for all Australians is to have a blood lead level below 10 mcg/dl (micrograms per decilitre) as determined by the National Health and Medical Research Council (NHMRC).

Lead poisoning can cause damage to the brain and hinder intellectual development. Children under the age of 5 tend to be the most susceptible to lead poisoning. This is due to the fact that they are more likely to put their hands in their mouths and there developing brains are more sensitive to the effects of lead.

Unborn and breastfeeding babies can also be exposed to lead poisoning through their mother, via the placenta or breast milk.